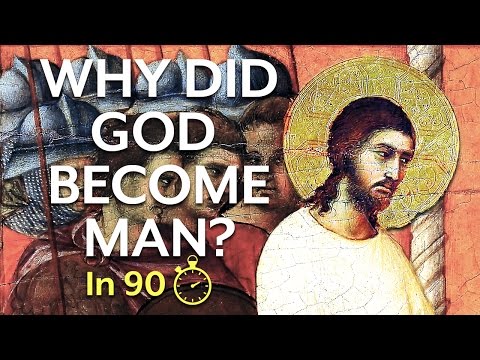 "The incarnation of Jesus Christ is the proof that God keeps his promises. This event is the key turning point in what is truly the greatest story ever told. At the dawn of human history, God placed Adam in Eden and commanded him not to eat from the tree of the knowledge of good and evil. But Adam ate from the forbidden tree, plunging the entire human race into sin and death. But even as God was pronouncing the curse upon Adam, Eve, and the serpent (cf. Genesis 3), God promised to rescue Adam from his sin through the seed of the woman–that is, through a biological descendant from Eve who will redeem God’s people from their sin (Genesis 3:15). It will take a second Adam–one who obeys the covenant of works which Adam broke and who alone can redeem us from the guilt and power of sin–to undo the consequences brought upon us by the first Adam. And this brings us to the incarnation of Jesus Christ, the person in whom God fulfills his promises and who is our Immanuel (God with us). The Word must become flesh if any of us are to be saved from the havoc wrought upon us by the first Adam (cf. John 1:17). There is no other way.

The Old Testament is filled with various messianic prophecies, in which God’s promise to redeem his people are set forth with an amazing specificity. In fact, there are some sixty-one major messianic prophecies regarding the coming of Jesus Christ found throughout the Old Testament, all of which are explicitly fulfilled by the coming of Jesus Christ in human flesh as detailed in throughout New Testament. We have already seen that God’s promise to Adam and Eve in Genesis 3:15 is fulfilled when Jesus dies upon the cross. Jesus not only crushes Satan, but suffers for his people to bring about their redemption. As but one additional illustration of God’s redemptive promises being fulfilled in Christ, in Isaiah 7:14 we find this amazing prophecy: “Therefore the Lord himself will give you a sign. Behold, the virgin shall conceive and bear a son, and shall call his name Immanuel.” The coming one is not only supernaturally conceived, he will be God in human flesh. This is why the Old Testament perspective on redemption is one of longing, anticipation, expectation, and hope.

When we come to the New Testament era, we immediately discover that something very dramatic and completely beyond all human expectation is taking place. In Matthew’s gospel, we find the historical record of the fulfillment of a number of these ancient messianic prophecies. In Matthew 1:18-23, we read these words: “Now the birth of Jesus Christ took place in this way. When his mother Mary had been betrothed to Joseph, before they came together she was found to be with child from the Holy Spirit. And her husband Joseph, being a just man and unwilling to put her to shame, resolved to divorce her quietly. But as he considered these things, behold, an angel of the Lord appeared to him in a dream, saying, `Joseph, son of David, do not fear to take Mary as your wife, for that which is conceived in her is from the Holy Spirit. She will bear a son, and you shall call his name Jesus, for he will save his people from their sins.’ All this took place to fulfill what the Lord had spoken by the prophet: `Behold, the virgin shall conceive and bear a son, and they shall call his name Immanuel’ (which means, God with us).”" - extracted from https://www.wscal.edu/blog/basics-of-the-reformed-faith-the-incarnation