One of the most potent form of deception available today used by the Father of LIES is education and false doctrines. These two go hand in hand and inseparable. The enemy of God's people is continually making its way to deceive us. Since the time of the Reformation, there is one very active company of Luciferians who is ready to deceive humanity no matter what the cost! They are the Jesuits, Satan's agency of deceptions and lies! You must get out of Her to be fully immune of her cancerous and deadly virus. It is not too late to get out of Her system. Read the Bible and ask GOD to save you from the MOTHER CHURCH, the wife and mother of Lucifer. The god of Constantine. The spirit of the prince of the power of the airwaves. The Anti-Christ system who is now the spirit of all deceptions!

WHERE IS SCIENTISM INTENDING TO TAKE US?
THE JESUIT CREATED ALIEN DECEPTION
FALSE JEWISH ANTI-CHRIST MESSIAH TO COME
HIDING IN PLAIN SIGHT AND PREDICTIVE PROGRAMMING 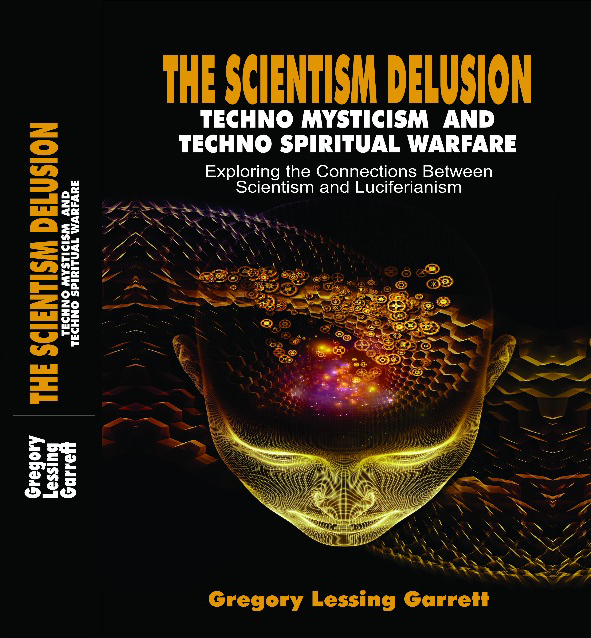 "For 500 years, this Jesuit conspiracy has taught a globe earth, circumnavigating the sun-itself spinning around the center of an immense galaxy that iw likewise speeding through limitless space. Within this immense  realm, it is presumed there are other species of intelligent  life that inhabit other worlds. These lies will culminate in the climactic “alien invasion” (i.e. Demonic invasion) prophesied in Revelation 9. And then, a war-torn earth will gladly worship this False Messiah Anti-Christ who will arrive to offer solace and solutions to a world in travail.

The author of the Big Bang theory was none other than the Jesuit-trained priest,Father Georges Henri Joseph Edouard Lemaitre, in 1927. That’s right. It was the Catholic Church who first created and adopted The Big Bang theory, and not secular science, per se. As far as secular science was concerned, the Earth was a closed flat system . For over 2000 years that was the fact .... until the Catholic Church, using Jesuit controlled, Copernicus, changed all that. To clarify Further, in 1536, Cardinal Schonberg, who was Archbishop of Capua, urged Copernicus to fully published his theory or, at the least, have a copy made at the Cardinal’s expense. Between 1539 and 1541, a 66-page letter and a preliminary chapter were published and distributed.

As Copernicus explained in a letter to Pope Paul III, he finally yielded to the insistent urging of Cardinal Schonberg, Bishop Giese of Culm, and other knowledge able men, and agreed to submit his manuscripts for publication. A completed, published copy of his book was p[laced in Copernicus hands just hours before his death on May 24, 1543. Most people are aware that it was for promoting Copernicu’s  iodeas that the Galilei was persecuted by the Roman Catholic hierarchy less than 100 years after Copernicus death. Accused of heresy,Galileo was forced to recant his beliefs and spent the last nine years of his life under house arrest.

But why did the Roman Catholic leaders persistently pressure Copernicus to publicize his theories of a heliocentric universe, theories for which they condemned Galileo less than 100 years later?


The answer is complicated, but reveals the motivation for what became a vast Jesuit Conspiracy: it was necessary to change the public conception from an accurate understanding of the shape of the earth to a false belief so people would be more susceptible to the final delusion of an “alien” invasion.

Without a globe earth circling the sun through the far reaches of space, you do not have the Big Bang, you do not have evolution. Without evolution, you are more likely to accept creation as an act of intelligent design by a divine Creator. Hence, Jesuit-Trained priest, Father Georges Lemaitre, was given the task to promote this new Globe Model of tHe Earth to get the FAKE BALL rolling as it were .


We have arrived at the end of this 500 year Jesuit Alien Deception plan. The Catholic JESUIT TRAINED Pope Francis   has already announced that the likelihood of alien life is extremely high, and to add insane reality to his belief in alien life, he has vowed to bless any aliens they will soon discover.


All snares are set for this upcoming alien deception.

Global collapse, famine, natural disaster, economic collapse, thousands of Hollywood movies about space, alien attacks, the proliferation of condemning Christianity in schools, education, and media, Jesuit controlled education teaching Evolutionary Theory, Gravitational Theory, and The Global Earth Cosmology as fact, Jesuit created and controlled international terrorism, etc... have all been artfully created by The Jesuits for 500 years, culminating in the relatively recent creation of the illuminati, from Jesuit trained Cannon Law Professor, Adam Weishaupt. Weishaupt began his formal education at age seven at a Jesuit school. He later enrolled at the University of Ingolstadt and graduated in 1768 at age 20 with a doctorate of law. In 1722, he became a professor of law. On May 1 1776 Johann Adam Weishaupt founded the  “illuminati” in the Elorate of Bavaria).

The illuminati are merely a recent packaging of Jesuit Agenda for global tyranny, under Middle Ages idealism and rule by fear and terror strategies, for the type of total control put forth by The Roman Catholic Church. (Watch the movie, Inferno, to get a taste of this idea.)

But this time it will be a high tech, surveillance, quick torture and execution, control a grid a thousand times more cruel and oppressive than NAZI Germany.


We have and are being prepared to accept and worship The False Messiah Anti-Christ, post-apocalyptic, Savior to the Worlds.

The stage is set.

This Alien Deception has also formally been contemplated by The American Government under the unclassified CIA Project Bluebeam. This project can be easily broken down into steps.


This theory postulates that the Luciferian Elite will used advanced holographic technology to simulate a fake alien invasion to seal the masses under the domination of a global government.


Much more on Project Bluebeam later, I assure you.

But while we are in science fiction outer space, let us “boldly go where no man has gone before”, except in fictional movie land, and explore the way in which Jesuit Hollywood uses modern science fiction movies to propagate their Luciferian Scientism religion and indoctrinate the masses into the inner workings of it.

Additionally, I will explain how such movies advance a core pillar of Scientism, which is to reveal to the world the dark occult Transhumanistic, TECHNOCRATIC OVERLAY THAT THE Luciferian Elite, who govern our world, are currently dropping upon the world." - Extracted from  The Scientism Delusion Techno Mysticism And Techno Spiritual Warfare Exploring the Connections Between Scientism and Luciferianism - By Gregory Lessing Garrett

What science teaches when it comes to origins, and our world has very dark connections to the occult and is more of a religion masquerading as the truth. It’s time for scientism to be exposed in a way that has never been done before. A very surprising documentary! This film is "Scientism Exposed 2" the anticipated follow-up documentary uncovering the spiritual agenda and deception with the scientific worldview that many teach today as proven truth and fact.

The story of how these film documentaries came about is because so many people believe that what mainstream science is teaching them is fact, there is no debate and the science is settled but is it really? Canadian director Robbie Davidson felt that questioning and exposing mainstream science was important because when he started to investigate evolution, cosmology, and other areas of mainstream science he noticed that what science was teaching as the truth couldn’t be backed up using the scientific method. Robbie wanted to get people doing their own research by providing as many details on these subjects and the spiritual agenda behind it all. What he discovered was that most of what science teaches when it comes to origins, and our world has very dark connections to the occult and is more of a religion masquerading as the truth. It’s time for scientism to be exposed in a way that has never been done before. Get ready for the next installment of the groundbreaking series.