"There are other events in the year gone by which have yet to take a definitive shape-the failed Turkish coup, the US Iran rapprochement, the UNCLOS arbitration court's award in the South China Sea, the failure of the Trans Pacific Partnership-and which can have wider geopolitical consequences in the year to come.

There is little doubt that 2017's most momentous development will be the unfolding of the Trump presidency. His rise, statements and his Cabinet appointments suggest that the US is determined to change the international rules of the game. This could have huge implications for the global trading system of course, but more complicated could be his efforts to re-write the tenets of America's global political doctrine based on liberal internationalism. Conventional wisdom has it that the Trump doctrine would push allies to spend more on defence, but the big question is whether the alliance system can survive the strain imposed on it by Trump presidency.
For Europe 2017 could be a make or break year. There are many elements in this mix- a potential US rapprochement with Russia, the possible election upsets in its two principal nations, France and Germany, and the rise if Islamist radicalism.
POWERPLAY 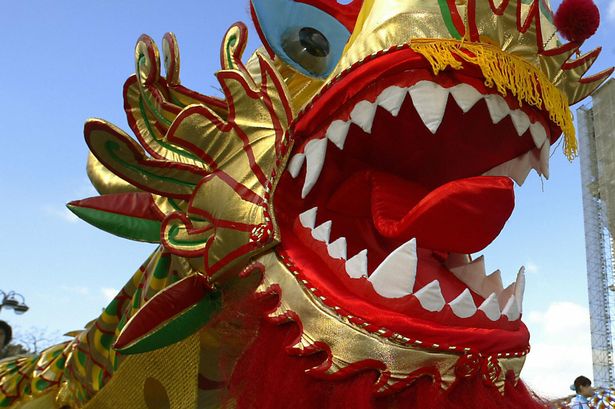 In China, the event to watch is the 19th Communist Party Congress likely to be held in November. This is likely to involve much jockeying for power for it could decide the succession to Xi Jinping in 2022. It offers Xi the ability to shape the direction the party and the country will move because he will seek to put in place a Central Committeeand politburo which will reflect his priorities. In these circumstances, the Chinese approach to the US will be a cautious one, waiting to see how things play out before making any new moves. For us in India, the UP election outcome is easily the most important political event of 2017. With demonetisation kicking in and the Parliament still locked, the chances of significant reform that could accelerate economic growth are doubtful. Perhaps this is as Modi has calculated, putting all efforts in the development arena in a back-burner till he consolidates himself politically, which means winning the UP elections and consequently the general elections of 2019.
POLICIES
Modi may be in a position to control the narrative domestically, but he will not have an easy ride abroad. For one thing, the expected rise in oil prices will remove the cushion the Indian economy has enjoyed since he became Prime Minister. For another, the consolidation of the China-Pakistan partnership and their entente with Russia have put India in a bad spot in relation to South Asian politics. New Delhi has made a mess of its China policy and it will require some deft and realist diplomacy to set things on an even keel.
But the bigger headache could well come from the failure of Modi's Pakistan policy. The chances of any rapprochement now look bleak, at least through the rest of Nawaz Sharif's term which will end in 2018. The situation in Kashmir and the Line of Control clashes bode ill for the coming year because such a situation can spin out of control at any time. Whatever may be Modi's calculations, any war with anyone would spell disaster for the country. The Modi team has invested a great deal on the United States, but, given Trump's inclinations, the US may not have much need for India in its international calculations. Indeed, a too-quick an exit of the US from our region poses a challenge for India since it is simply not ready, economically, politically or militarily to play a greater role in regional affairs." -  Extracted from  From Narendra Modi to China, 2017 may herald new world order Click HERE to read the whole article.
Newer Posts Older Posts Home
Subscribe to: Posts ( Atom )