"One of the extraordinary economic success stories of the late 20th Century, Singapore celebrates 50 years of independence in 2015. The BBC's Sharanjit Leyl who was born and brought up in Singapore delves into her family's history to explore how the country transformed itself into one of the wealthiest per capita economies in the world." -  Singapore at 50 http://www.bbc.co.uk/programmes/n3csxmc0 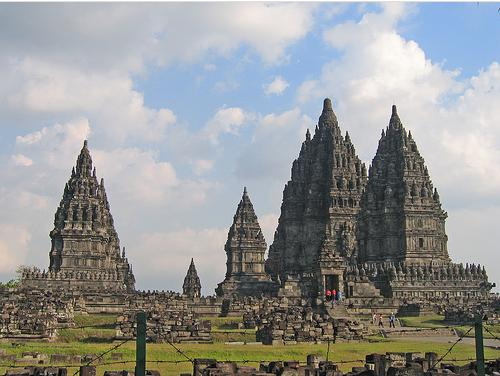 The architecture of Majapahit Empire

"The Majapahit Empire, based on the island of Java in what is now Indonesia, was a wealthy trading state that controlled one of the key choke-points along the Indian Ocean trade routes, the Straits of Malacca. It lasted from 1293 to 1527. At its height, the Majapahit Empire ruled most of maritime Southeast Asia, from Sumatra in the west to New Guinea in the east, and also including areas that now make up Singapore, Brunei, East Timor, the southern Philippines, Malaysia, and southern Thailand." - http://tubagbohol.mikeligalig.com/history/the-majapahit-empire/ 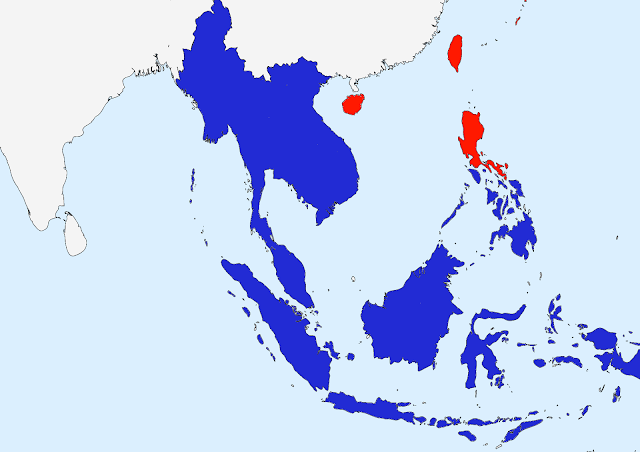 The Srivijaya at their greatest extent in Blue.

Singapura, Srivijaya " The Kingdom of Singapura (Malay: Kerajaan Singapura) was a small Malay kingdom centered in the modern-day island nation of Singapore. Conventional historical view marks circa 1299 as the founding year of the kingdom by Sang Nila Utama, a renegade Srivijayan prince who claimed to be of Malay-Indo-Persian origin. In the 14th century, the settlement developed concurrently with the Pax Mongolica era and rose from a small Srivijayan trading outpost into a centre of international trade with strong ties with Yuan Dynasty. 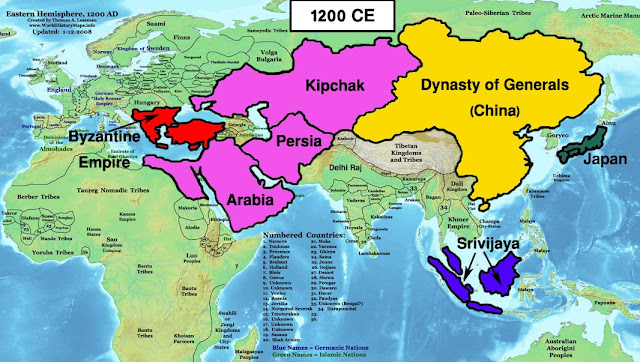 Its wealth and success however, alarmed two regional powers at that time, Ayuthaya from the north and Majapahit from the south. As a result, the kingdom's fortified capital was attacked by at least two major foreign invasions before it was finally sacked by Majapahit in 1398.  The last king, Iskandar Shah fled to the west coast of Malay Peninsula to establish Melaka Sultanate in 1400. " ( Kingdom of Singapura From Wikipedia, the free encyclopedia) 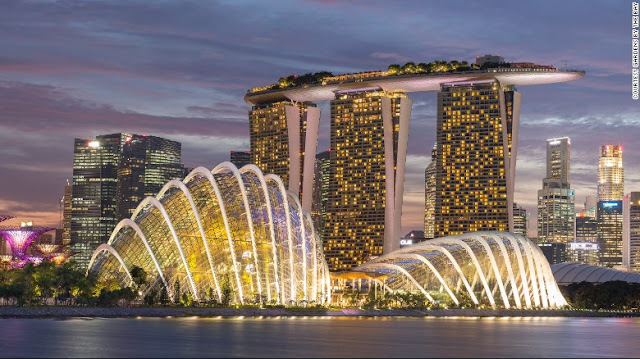 ” In 1299 there was a Prince named Sang Nila Utama. He was the emperor of the Srivijayan Empire, which included Malaysia, Singapore and all of Sumatra. One day, he decided that his empire needed a new capital and set sail with a number of ships to visit the islands off the coast of Sumatra. After several days at sea, he stopped his fleet at an island for a hunting trip.  While chasing a deer, he reached the top of a hill from where he had a good view across the sea. A white beach caught his attention. His chief minister told him that this was the island of Temasek (meaning “Sea Town” in Old Javanese). 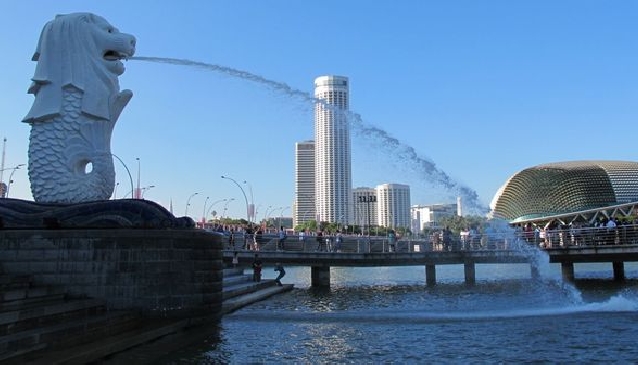 ”On their way across the sea to visit this island, they were caught in a violent storm, and the ship began to take in water. To prevent it from sinking, the prince ordered his men to throw all the heavy things overboard. Lastly he threw in his heavy golden crown as a gift to his grandfather, the Lord of the Sea. The sailing party survived and landed at the mouth of the present-day Singapore River. Inland, while hunting, he suddenly saw a strange animal with an orange body, black head and a white breast. It moved fast and quickly disappeared into the jungle. His chief minister told him that it probably was a lion. As the lion was considered a sign of good fortune, he took this as a good omen and decided to stay and build a new city in Temasek. He renamed the city “Singapura” – derived from the Malay words “Singa” for Lion and “Pura” for city.”   - Singapore - The Lion City, Discover how Singapore got its nickname. 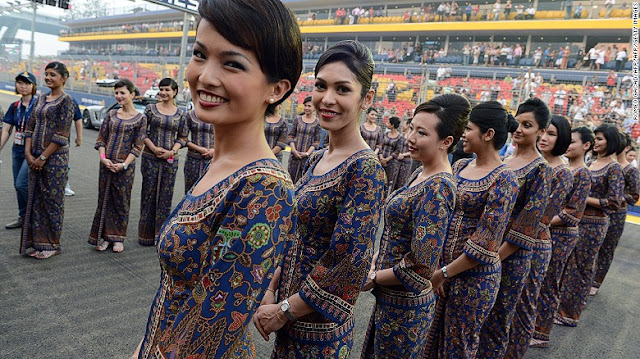 ”Temasek ('Sea Town' in the Malay language), a second century outpost of the Sumatran Srivijaya empire, is the earliest known settlement on Singapore. The island was part of the Sri Vijaya Empire until it was invaded by the south Indian Emperor Rajendra Chola I, of the Chola Empire, in the 11th century. In 1613, Portuguese raiders burned down the settlement and the island sank into obscurity for the next two centuries. Nominally, it belonged to the Johor Sultanate during this period, while the maritime region and trade was under Dutch control.

In 1819, Sir Thomas Stamford Raffles arrived and signed a treaty with Sultan Hussein Shah of Johor, on behalf of the British East India Company, to develop the southern part of Singapore as a British trading post. In 1824, the entire island became a British possession under a further treaty with the Sultan, as well as the Temenggong.In 1826, Singapore became part of the Straits Settlements, under the jurisdiction of British India, becoming the regional capital in 1836.[18] Prior to Raffles' arrival, there were approximately 1,000 people living on the island, mostly indigenous Malays along with a handful of Chinese. By 1860, the population exceeded 80,000 and more than half were Chinese. Many immigrants came to work at rubber plantations and, after the 1870s, the island became a global centre for rubber exports. After World War I, the British built the large Singapore Naval Base. Lieutenant General Sir William George Shedden Dobbie was appointed General Officer Commanding of the Malaya Command on 8 November 1935, holding the post until 1939; in May 1938, he warned how Singapore could be conquered by the Japanese via an attack from northern Malaya, but his warnings were not heeded, resulting in the fall of Singapore nearly four years later in early 1942 during World War II.” - https://en.wikipedia.org/wiki/Singapore

”God had raised him and Singapore up for his purposes. Now it is up to the Christians in this great nation to decide how they will proceed. May they not waste this remarkable opportunity and all the many blessings – material and spiritual – that they now enjoy.

We must all pause to reflect on this great leader, politician and statesman. He did so very much for Singapore, Asia and the world. But we must also pray for the church in Singapore. This is indeed a crucial period. Singapore is at a crossroads. May it become indeed the Antioch of Asia.” - http://billmuehlenberg.com/2015/03/23/lee-kuan-yew-singapore-and-christianity/