Here is another article that will give light to many about Freemasonry, Jesuitism (Jusuit Priesthood) and Luciferian Illuminati. The ancient spirit of the opposer who masquerades as an angel of light is the Deceiver of the world. He is the true founder of all false religion and the power behind all evil. God's agent to punish the children of disobedience and bring affliction to all creatures. 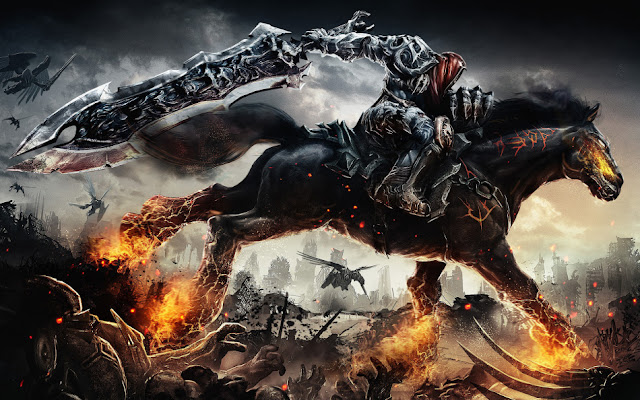 "For the Eternal will extend mercy to Jacob, this family of God’s people. God will choose Israel all over again, and He will settle them in comfort and rest back on their land. Others who are unrelated will want to join them and stick close to the house of Jacob, God’s promise people,  who will take them in. These others will work for and among Israel. Whoever used to hold Israel captive—controlling the people’s every moment and every move—will in turn be controlled by Israel; and whoever used to oppress Israel will instead be subject to Israel." - Isaiah 14:1,2 The Voice (VOICE)

Freemasonry has many names, one of the names will be familiar to you. I’m talking about the Illuminati. Founded by a man named Adam Weishaupt in South of Germany in 1776. He formulated his plans in relation to the House of Rothschild in England, Germany, France, and Italy. 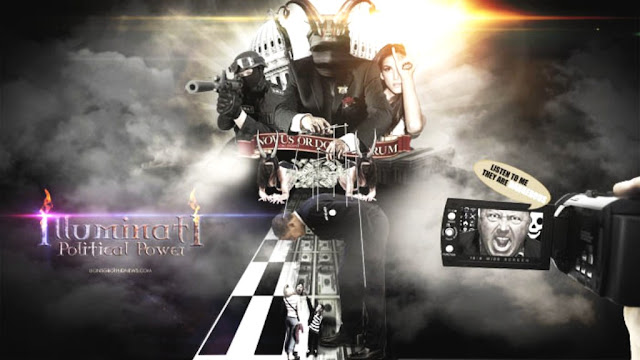 The Rothschild banking dynasty, behind the government’s of Europe, hired Adam Weishaupt to formulate a strategy for the world at that time to accomplish certain goals for those in power. That plan came to be known as the Illuminati plan. Please note that you can find most of this material in any library, any encyclopedia under the word Illuminati, which obviously comes from the word illumine, to be enlightened, to be in the light.

In the book “Fire in the Minds” by James Billington, on page 87, states that the story of secret societies can never be fully restructured. It has been badly neglected, even avoided one suspects, because the evidence that is available repeatedly leads us into territory equally uncongenial to modern historians in the East and the West.

In what follows, I shall attempt to show that the modern revolutionary tradition, as it came to be internationalized under Napoleon, during the Restoration, grew out of occult Freemasonry. The early organizational revolutionary ideas originated more from Pythagorean mysticism than from practical experience. Moreover, the real innovators were not so much the political activists, as much as literary intellectuals on whom German romantic thought in general, and the Bavarian Illuminati, in particular, exerted great influence. Here, Billington was specifically talking about the organization of the Bavarian Illuminati. You can’t discuss the Illuminati without understanding the Jesuit order of the Catholic Church, because Adam Weishaupt himself, the founder of the Illuminati, was, in fact, a Jesuit priest. He was not just an ordinary Jesuit priest, however. In Bavaria he continued to support revolutionary radical thinking against the church, giving to the world what has come to be known, as the revolutionary tradition.

Project democracy by the founder of the Illuminati

May 1, 1776, was when Adam Weishaupt founded this order. This date is important, of course, in the Soviet Union and other communist countries, because May 1st, May Day, is considered to be the momentous date to all communist revolutionaries, when Adam Weishaupt founded the Illuminati.The bait that was laid by Adam Weishaupt for control of a vast number of people worldwide, which has now become a very old and tired project. The project was called Democracy, a people’s democracy. Adam Weishaupt, like many others before him, understood that Democracy has never reason, worked, is not working now, and never will work. Basically, because of the reason, while people could be and are the central power of any government, the people do not hold the power of any government in the final analysis. And, that while on the surface Democracy seems to be the best of all possible worlds, Democracy is a very perverted form of government, because the people can be misled.

Democracy comes from the word demos, meaning mob – a mob in the street is a demos. Demos-ocracy; ocracy meaning rule. Demos-ocracy, or democracy, means mob rule. You might say that true democracy is like thirty-five whites hanging one black. That’s democracy. The rule of the mob. Now, when we put it into more Americanized political terms, it’s the rule of the people. And, while that may sound good in print, the founders of democracy in our modern-day form realized that the people could be manipulated into accepting whatever they would want the people to accept.

Education
Charlotte Thomson Iserbyt served as the Senior Policy Advisor in the Office of Educational Research and Improvement (OERI), U.S. Department of Education, during the first term of U.S. President Ronald Reagan, and staff employee of the U.S. Department of State (South Africa, Belgium, South Korea). Iserbyt cited about the book Schooling for a Global Age Project BEST is having less to do with fostering learning and mainly to do with psychological manipulation of students, possibly against the teaching of the child’s parents, for example, in arts classes.

Television, Media & Press
News reporter asked a by-passer about the 2nd plane hitting the WTC “There is no second plane, but a bomb” says the by-passer. However, the reported sticked to his story [watch]. Another example the Ebola Crisis: Actors were hired by CNN [watch].

Internet & radio
A good example of disinformation to scare people is Alex Jones, a man with Jewish connections to make Infowars a money machine and success.Explained: Arguably the most evil manipulative technique is what psychologists call the “fear-then-relief technique.” The technique preys on a person’s emotions. Here, the manipulator causes someone a great deal of stress or anxiety and then abruptly relieves that stress. After this sudden mood swing, the person is disarmed, less likely to make mindful or rational decisions, and more likely to respond positively to various requests.
At one time or another we’ve all questioned as to whether all that we see and are experiencing in our world has some sort of rational plan behind it, because we understand now that both the Republican and Democratic Parties in America are basically run by the same people. The same money finances both sides.

We now know through the work of many historians who have spent their lives working on research, that both sides of world conflicts have always been financed by the same people. And, as I’ve said many times before, this seems to be the method to the “madness” going on in the world. We know, of course, that we cannot depend on the truthfulness our leaders. Our leaders worldwide are “misleaders.” There is a science they are following. They have their own agenda – and it does not include you.

This agenda also does not include many of our politicians, who have sometimes felt helpless and spoke out as a result. In 1922, New York City Mayor John F. Hylan said, “The real menace of our republic is this invisible government which, like a giant octopus, sprawls its slimy length over city, state and nation. Like the octopus of real life, it operates under cover of a self-created screen…. At the head of this octopus are the Rockefeller Standard Oil interests and a small group of powerful banking houses generally referred to as international bankers.

The little coterie of powerful international bankers virtually run the United States government for their own selfish purposes. They practically control both political parties.” What I have said, however, is that they do control both parties, among many other things in the world. Conflicts require money and cooperation. World conflicts require world banks and international monetary funds. Professional groups all have fraternal orders.

Doctors, attorneys, etc., have their own specific fraternal orders. In the banking world, it is the same way. They have the same fraternal order in banking and politics. However, we are not supposed to know anything about that, because that’s not any of our business. That fraternal order in politics and banking has been known for many years by those on the inside. It has been referred to by different names, at different times, in different countries. The best overall name that we can confer on this fraternal order, which is running America, politics, and monetary system, is Freemasonry.

America, was in fact founded by Freemasons. Freemasonry, in one form or another, has played a role in almost every government that was founded in this world. It is powerful in operation today throughout the world. However, we do want to establish first that what we are not talking about is Blue Masonry, or the Masonic Lodges in your hometown.

We are not talking about the Freemasons that live across the street from you. We’re talking about a worldwide fraternal organization that is powerful enough, old enough, and wise enough to operate behind all governments in the world, behind fraternal institutions, and behind international monetary systems in the world. And, yes, they are, in fact, connected.For instance, the idea that America was founded by so many Freemasons and Rosicrucians, among others, will be consistently revealed throughout this book. 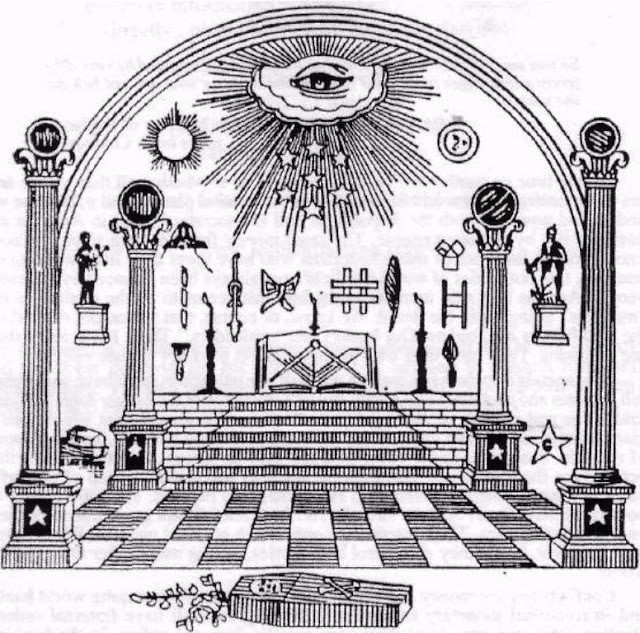 You might also want to ask yourself about the biological warfare going on in the world today. AIDS coming from out of nowhere, coming into the homosexual community. Just what are homosexuals doing today, that they didn’t do six thousands years ago? Why is it that all of a sudden, in the 1980’s, we had AIDS? Is there any connection between AIDS and Legionnaire’s Disease? And, the biological experimentation going on with the CIA, the NSA: Think of the Ebola. And all the other government agencies that you don’t know anything about. Is it possible that there could be some sort of biological experiments going on, some of them going awry, some of them purposely going awry, simply to see how far they can go, Is there any kind of rhyme or reason for things that are happening today?

Did you forget? It seems that Americans can’t remember more than one year. Syphilis Vaccine gruesome experiments by the Government. In October 2010, the Obama administration formally apologized to Guatemala for conducting these experiments.

Keep in mind, too, that what the government pays for – it gets. If you are paid to do something for the government, they will extract from you exactly what they have paid for.

The American government is the most powerful government the world has ever known. They had the ability to get a hold on Adolph Hitler a few decades ago. He had a standing army. Plus the greatest navy, air force, military, and secret underworld organizations operating throughout the world. But, this government got a hold on Adolph Hitler, because it chose to, and it wanted to. And, if you do not pay your income taxes they will find you if you go to the Amazon jungle. And, they will make an example of you. They will find you and they will deal with you, and you know it. But, for some reason they are unable to get a handle on the drugs, and the crime in the streets, for some reason.

There is a reason, There is a method to the “madness.” It’s the agenda and it doesn’t include you. The New World Order.

The Illuminati political power. The connection between the Illuminati, American Politicians and the Freemasons or Freemasonry. Learn also what the connections are between Adam Weishaupt, Napoleon and Rothschild.