DRUGS AND THE NEW WORLD ORDER

Even through the early decades of the present century, Britain retained an open diplomatic posture on behalf of unrestricted drug profiteering.

In 1911, an international conference on the narcotics problem was held at The Hague. The conference participants agreed to regulate the narcotics trade, with the goal in mind of eventual total suppression. The success of the Hague Convention, as it was called, depended on strict enforcement of the earlier Anglo- Chinese agreement of 1905. Under that agreement, the Chinese were to reduce domestic opium production, while the British were to reduce their exports to China from British India correspondingly.

The Chinese, who had subscribed enthusiastically to both the 1905 and 1911 protocols, soon discovered that the British were completely evading both by sending their opium to their extra- territorial bases, Hong Kong and Shanghai. Opium dens in the Shanghai International Settlement jumped from 87 licensed dens in 1911 at the time of the Hague Convention to 663 dens in 1914! (14) In addition to the trafficking internal to Shanghai, the Triads and related British sponsored organized crime networks within China redoubled smuggling operations — conveniently based out of the warehouses of Shanghai.

If anything, British profiteering from the opium trade jumped as the result of the reversion to a totally black-market production-distribution cycle. Ironically, the legalization of the opium trade into China forced upon the Emperor through the Opium Wars had cut into British profits on the drug. Legalization had brought with it the requirement that the British opium merchants pay import duties, an overhead they did not have to absorb when the drug trade was illegal.

In yet another act of contempt for the Hague Convention, Britain issued a major new loan to Persia in 1911. The collateral on that loan was Persia's opium revenues.

Even with the post-Versailles creation of the League of Nations, Britain flaunted its drug trafficking before the world community. During this period, Her Majesty's opium trafficking was so widely known that even the Anglophile U.S. newsweekly The Nation ran a series of documentary reports highly critical of the British role.

At the Fifth Session of the League of Nations Opium Committee, one delegate demanded that the British government account for the fact that there were vast discrepancies between the official figures on opium shipments into Japan released by the Japanese and British governments. The British claimed only negligible shipments, all earmarked for medical use, during the 1916-1920 period; while the Japanese figures showed a thriving British traffic. When confronted with this discrepancy as prima facie evidence of large-scale British black market smuggling of opium into Japan, the British delegate argued that such black marketeering merely proved the case for creating a government owned opium monopoly.

In India as well, official Crown policy centered on protection for the opium market. According to one recently published account, when Gandhi began agitating against opium in 1921
. . . his followers were arrested on charges of "undermining the revenue." So little concerned were the British about the views of the League of Nations that after a commission under Lord Inchcape had investigated India's finances in 1923, its report, while recognizing that it might be necessary to reduce opium production again if prices fell, went on to warn against diminishing the cultivated area, because of the need to safeguard "this most important source of revenue."

. . . while the British Government was professing to be taking measures to reduce consumption of opium and hemp drugs, its agents in India were in fact busy pushing sales in order to increase the colony's revenues. (18)

Lord Inchcape — who chaired the India Commission which endorsed continued opium production in British India — was a direct descendant of the Lord Inchcape who during the previous century founded the Peninsular & Orient Steamship Line and subsequently helped found HongShang as the clearinghouse bank for opium trade. Through to the present, a Lord Inchcape sits on the boards of P & 0 and the HongShang.

In 1923, the British-run opium black market represented such a seriously perceived international problem that Representative Stephen Porter, Chairman of the U.S. House of Representatives Foreign Affairs Committee, introduced and passed a bill through Congress calling for country-by-country production and import quotas to be set on opium that would reduce consumption to approximately 10 percent of then-current levels. The 10 percent figure represented generally accepted levels of necessary medical consumption.

Porter's proposal was brought before the League of Nations Opium Committee — where it was publicly fought by the British representative. The British delegate drafted an amendment to Porter's plan which called for increased quotas to account for "legitimate opium consumption" beyond the medical usage. This referred to the massive addict population in British colonies and spheres of influence (predominantly in Asia) where no regulations restricted opium use.

The enraged U.S. and Chinese delegations led a walkout of the plenipotentiary session; the British rubberstamped the creation of a Central Narcotics Board designated with authority to gather information and nothing more; and the journalists stationed in Geneva henceforth referred to what remained of the Committee as the "Smugglers Reunion." (19) 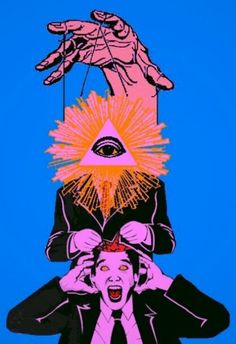