The Diocese of New Ulm has released a list of 16 priests it says have been credibly accused of sexually abusing children in and out of the diocese.

All but three of the priests have died, the diocese said, and all but one have already been identified in media reports.

The list was released in conjunction with a St. Paul law firm, where two women spoke about their own experiences.

Kim Schmit said she was a school girl in 1968 when she was a victim of abuse at her church in Willmar.

"I was standing there waiting for my taxi after release classes when the priest approached me, backed me into the corner, into the dark," she said. "It only happened once for me, and I went home and told my mom. And my parents went and confronted, and they promised something would have been done. But nothing was done."

Bishop John LeVoir apologized in a video statement and said the church was saddened and angered by the abuse. He also urged anyone else who had been abused to report the misconduct to police.

Malaya Land today is full of new generation "onliners" who were born before or during the early stage of internet revolution. When the so-called social media is starting to develop, before Facebook or during Friendster years, and when texts and pop-ups was really fun in IRC chat rooms.

These new generation "onliners" today mostly are wondering and looking for the truth. Searching for answers online, the world wide web has become their second school and home. Literally where they are being educated and formed for the next years of their life. Smart mobile phones and tablets has become the primary gadgets of the new generation onliners to communicate and search for answers and true love.

The New World Order system is actively fulfilling its destiny to build a cyber culture, a culture dedicated for the cause and doctrines of the devil. Throughout centuries, the enemy of God's people is destroying humankind and the truth that God will become one of us, that He has come in human form. The Creator has become a creature that we may know Him fully in our limited minds who is unlimited, eternal and everlasting. God indeed has fulfilled His word in the Holy Scriptures when the Spirit said;

""Behold, I am going to send My messenger, and he will clear the way before Me. And the LORD, whom you seek, will suddenly come to His temple; and the messenger of the covenant, in whom you delight, behold, He is coming," says the LORD of hosts." - Mal.3:1 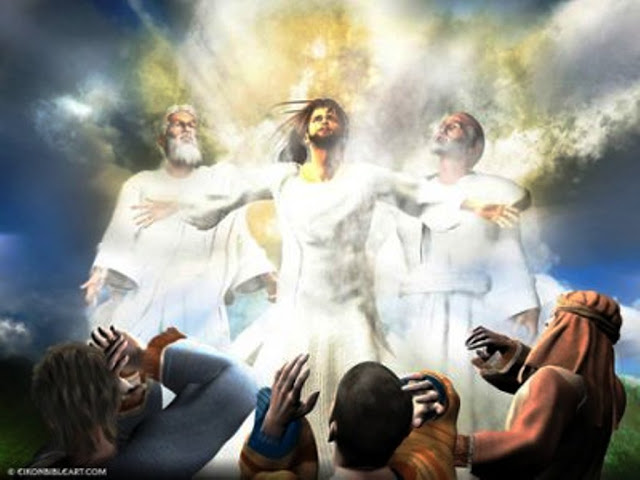 The incarnation of the Messiah is a very important event in the history of the human race. An unselfish act of God as a servant. The Apostle Paul described it in the book of the Philippians;

"In your lives you must think and act like Christ Jesus. Christ himself was like God in everything.
He was equal with God. But he did not think that being equal with God was something to be held on to. He gave up his place with God and made himself nothing. He was born as a man and became like a servant. And when he was living as a man, he humbled himself and was fully obedient to God.
He obeyed even when that caused his death—death on a cross." - Philippians 2:5-8, International Children’s Bible (ICB)

The baptism of Jesus of Nazareth is not a ritual nor a mystical ceremonial act, but a fulfillment of God's promise to His people. The Messiah is a perfect man like Adam before he sinned in the Garden of Eden.  Jesus of Nazareth is the second Adam who was born into the world without sin of any kind. He is a perfect man, like a lamb without any blemish whatsoever of any kind. A perfect offering and sacrificial lamb for the sins of His people.

His baptism is a testimony to the human race of the humility of a loving Creator, similar to the washing of the disciples feet. An act of humility from a merciful God who dearly loved His people from the foundation of the world. God has literally come down to us to save His people from the bondage of sin then destroy the power of sin and death on the cross of Calvary so that His people may live forever in eternal salvation and joy in His presence. This is a demonstration of God's love to redeem His Bride from sin. The book of Revelation gives as a glimpse of a very beautiful event in the future, when Christ and His Chosen Bride, His Called Out Ones will be married as written in the Scriptures called the Marriage of the Lamb. (SEE Revelation 19:6-9 )

The baptism of Jesus of Nazareth is a moment of truth, the revelation of the TRINITY. There is no written record found in the Holy Scriptures that is so clear as the baptism of Jesus of Nazareth showing the three persons of the Godhead. Similar when Moses was sent to the king of Egypt to deliver God's people. Moses while in the Mount Horeb and heard the voice of God in the burning bush. The Father is speaking though an angel of God which many will agree to be the Pre-incarnate Messiah. But what about the Holy Fire of the burning bush? The Spirit of God when is present can be a holy fire. (SEE Acts 2:3-4, Isaiah 4:4, Matthew 3:11-12, Luke 3:16-17) Hence Moses when he saw God he also saw the Triune God manisfested in 3 persons. The Voice, The Angel, and the Fire burning the bush is God's Holy Spirit. (Read Exodus 3)

The beginning of Jesus' ministry when the Father sent Him to redeem His people is likened unto Moses. That is why the Scripture says, " "This is the Moses who told the Israelites, 'God will raise up for you a prophet like me from your own people." - Acts 7:37

It's interesting to discover that the Jews had always understood that this prophecy would one day be fulfilled in a literal way by the coming of a "the Prophet" who would either A) come just before Messiah or B) would, in fact, be the Messiah. That expectation helps explain the dialogue between the Jews and John the Baptist in John 1:19-21. When they ask who he was, he said, "I am not the Christ." "Who are you, then? Are you Elijah?" "No. "Well, then, are you the Prophet." "No." When they said, "the Prophet," both the Jews and John the Baptist understood the reference to be the prophecy of Deuteronomy 18.

The same thing happened to Jesus himself. When he performed the miracle of feeding the 5000 in John 6, the crowd responded by saying, "Surely this the Prophet who is to come into the world" (John 6:14). Again, the reference is to Deuteronomy 18. Later when he spoke to the multitiudes at the Feast of Tabernacles, some of the people exclaimed, "Surely this man is the Prophet" (John 7:40).

John 5 records a long dialogue between Christ and his antogonists where they question his credentials to be the Messiah. At the end of the debate, he summarizes his position by referring them to Moses, who was universally revered in Judaism. He basically accused them of not believing Moses' words: "If you believed Moses, you would believe me, for he wrote about me" (John 5:46). But where did Moses write about Christ? There are several possible answers, but none more obvious than Deuteronomy 18."

Okay, let us go back to the TRINITY for I know some people have left Romanism but embraced a wrong view of the Godhead. Is Jesus a TRINITARIAN BAPTIST when He said...

“All power in heaven and on earth is given to me. So go and make followers of all people in the world. Baptize them in the name of the Father and the Son and the Holy Spirit. Teach them to obey everything that I have told you. You can be sure that I will be with you always. I will continue with you until the end of the world.” ? - Matthew 28:18-20, International Children’s Bible (ICB)

JESUS CHRIST IS FOREVER...Jesus Christ is the same yesterday and today and FOREVER." (Hebrews 13:8)