10 Great Consequences of the Protestant Reformation 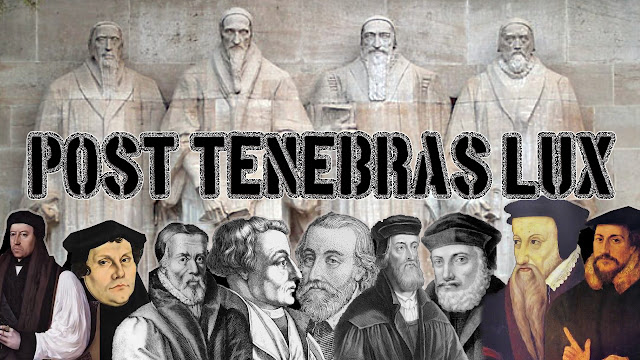 "1. The Protestant Reformation relocated spiritual and theological authority to Scripture.

In 14th century England, John Wycliffe challenged medieval practices such as absolution, pilgrimages, indulgences, and the doctrine of transubstantiation—the belief that bread and wine become Christ’s physical body and blood. He did this by appealing to Scripture: “Neither the testimony of Augustine nor Jerome nor any other saint should be accepted except in so far as it was based upon Scripture,” Wycliffe claimed. Later, at the Diet of Worms, Luther famously stated at the debate, “I am bound by the Scriptures I have quoted and my conscience is captive to the Word of God.” As these proclamations signal, the Reformers were appealing to the revelation of God as the final arbiter of truth, against the claim of papal infallibility from Rome and the abuse of tradition insofar as it conflicted with biblical teaching. (see this article by Mark Noll on the promise and problem with sola scriptura; although see the Reforming Catholic Confession, signed by 1000+ representatives of “Mere Protestants.”)

Luther, Ulrich Zwingli, and others, drawing especially on Augustine, began to see grace as the doctrine by which all others should be tested. Every dimension of salvation depended exclusively on God’s grace. This was in contrast to the late medieval edifice of penitential deeds that could be performed in order to absolve a person from sin or shorten their time (or their deceased family members’ time!) spent in purgatory. This distortion of Christian teaching, popularly called salvation by works, culminated in jingles that could be heard on town streets intended to stir lay people to action: “As soon as the coin in the coffer rings, the soul from purgatory springs.” Another one was: “Place your penny on the drum, the pearly gates open and in strolls mum.” A purgatory industry was set up to exchange monetary gifts for forgiveness. In sharp contrast, and in critical relief, the reformers taught that Christ’s work, when joined to faith, would justify a person (meaning, to forgive them).


3. The Protestant Reformation made liturgy and church services accessible to lay people.

For centuries worship was performed exclusively in Latin across Western Europe, in spite of its knowledge being limited to clergy and cultural elites. Some clergy themselves knew the language poorly, and thus recited the mass inaccurately and rather flippantly. Furthermore, while the Eucharistic bread was given to everyone present, the wine was limited to the clergy, as it was considered to be worthy of more reverence than the bread. Against these practices, the Reformation began to translate the Mass into local languages. Many leaders also stopped wearing special vestments that distinguished clergy from lay people. Finally, both bread and wine were once again shared with everyone eager to participate in the Mass. These measures helped lay people move from passive to active participants in worship.

Scott Kisker has cleverly pointed out that the Protestant Reformation was really a church split over a controversial building project. In a sense, it’s true—St. Peter’s basilica in Rome was being funded by the exploitative selling of indulgences. But the list of faults in late medieval church leadership goes further. Pontiffs (the official term for the office of pope) hired mercenaries to serve as standing armies. Bishops of the church were simultaneously serving as dukes and oversaw multiple sees in order to draw in more money. Some monasteries were turned into lavish grounds to house illegitimate children of the noble class. The centuries leading up to the Reformation exposed the profound corruption at work when church leadership is seduced by wealth and power. This context must be kept in mind when reformers leveled harsh criticisms, such as the title Antichrist, at church leaders." - extracted from 10 Great Consequences of the Protestant Reformation by Andrew Dragos READ The whole Article HERE.