The World has Started to Wonder…
Luther and many other reformers embraced the idea that the Papacy is the antichrist. Many protestant denominations used to believe this. If you ask Christians today who the antichrist is, there is generally no clear meaning about it. The characteristics of antichrist found in the Bible, only fit one kingdom: The Papacy. (See Daniel 7 And Revelation 13). However, there are still sincere believers in this system, that live up to the light they have. We are not talking about people, but about the system. 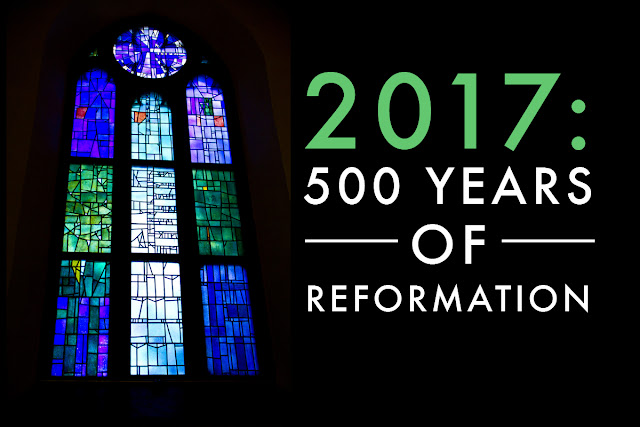 As prophesied in Revelation 13:3, the deadly wound is getting healed. The healing of a wound takes time, but it is sure on a good way to restoration, and the world has started to wonder “after the beast”. Since Pope Francis was elected, he quickly got acknowledged internationally. In media, we find headlines such as:
…Who like unto the beast? who is able to make war with him?” (Revelation 13:4) Pope Francis has taken a role as peace advocate in many conflicts: Between Jews and Muslims, USA and Cuba, and the harassments done by ISIS.
Another headline in media recently has been: “Pope calls for end to fundamentalism.”, and that with good reasons of course. But soon, God’s people will be the ones looked upon as the fundamentalists and rebellions, because they refuse to worship the beast and his image. Following, a death penalty will threaten this group.
Barack Obama called Pope Francis “A moral leader in word and deed”, followed by an interesting acknowledgment, as Time Magazine listed world’s most influential people of the year. 7
Time to Wake Up, and Speak Up
Wittenberg is getting prepared for the celebration of the reformation anniversary. The mottos for the two next years are:
Anyone else thinking about Revelation 13?
The message of the book of Revelation for us all is: Choose who you want to belong to. One group will be faithful to the beast, a false system of worship. The other group will be faithful to God and will keep all His commandments. There are hard times ahead if you want to be on God’s side. Standing up for God will lead to great persecution. Let us watch, pray and work, as we behold Christ our Redeemer.
If we forget to protest, we forget our message. We are called to “protest” by sharing the three angels messages (Revelation 14), lifting up Christ and the Truth. God will have His people in false systems, until we do our job to call them out. Ekklesia, a greek word used in the Bible for Church, means called out. 8 God wants to call out His people, into His kingdom. He has chosen us, His Church, to call them out. This has to be done with a Christ-centered, Biblical message, and lives transformed by the righteousness of Christ.
“The Roman Church now presents a fair front to the world, covering with apologies her record of horrible cruelties. She has clothed herself in Christlike garments; but she is unchanged. Every principle of the papacy that existed in past ages exists today. The doctrines devised in the darkest ages are still held. Let none deceive themselves. The papacy that Protestants are now so ready to honor is the same that ruled the world in the days of the Reformation, when men of God stood up, at the peril of their lives, to expose her iniquity. She possesses the same pride and arrogant assumption that lorded it over kings and princes, and claimed the prerogatives of God. Her spirit is no less cruel and despotic now than when she crushed out human liberty and slew the saints of the Most High. {GC 571.1}

Let’s not sleep, friends, but rather see the reality and take responsibility to deliver the message of the everlasting gospel.
Do you want to be faithful to God? Is it your wish to wake up and speak up?
The world needs to hear God’s last message. Will you deliver it?
Jesus is coming soon. -
READ THE WHOLE ARTICLE - HERE.

ONLY a handful of MPs today turned up to celebrate the 60th anniversary of the European Union’s founding treaty.

Just three MPs spoke in a poorly-attended debate held to mark the signing of the Treaty of Rome.
On Saturday, top eurocrats will mark the 60th anniversary of the agreement between six founding countries to create the European Economic Community, the forerunner of the EU.
But there appeared to be little enthusiasm in Parliament this morning for the bloc’s upcoming celebrations in the wake of last summer’s Brexit vote. - MORE.. 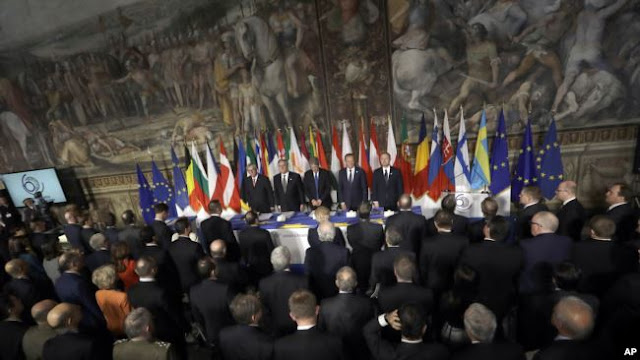 The EU Is a Miniature Model of the New World Order
Today we can clearly see the nations being gathered under the umbrella of European and global governance. They are meant to stand shoulder to shoulder via a supra-national and an international set of laws, created by the rulers of the world. Here, it is worth noting that the Bible says the powers of the world will unite in the end of time. Indeed, it is written that their union will be so close that they will be of one mind. In this game, the Catholic Church, described as "the whore", is the seducing force. Other nations buy various types and amounts of merchandise from her. Ship owners get rich because of this trade. It (the whore) serves the powers of Earth its intoxicating wine, thus led astray by her sorceries (the 17th and 18th chapters of Revelation). 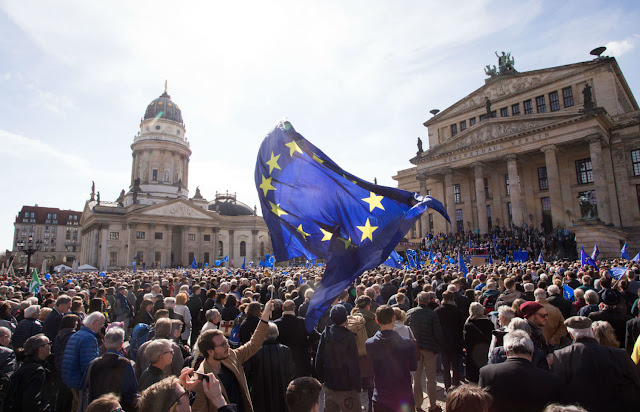 The EU constitutes the papal rostrum in Europe. The men of the papacy are those behind this model. Should Norway, too, be lead astray through the sorceries of the whore? Would you like to be? Since the papacy wants loyal subjects the world over, the EU is a miniature model of the New World Order. This is a supra-national system for dominance, and we can see the USA and the U.N. also assisting the papacy in putting the global model of governance in place.

In Article I-6 of the EU Constitution it says: "The Constitution and law adopted by the institutions of the Union in exercising competences conferred on it shall have primacy over the law of the Member States." Did you notice what you just read? EU laws are to supersede member states' laws. In other words, if the laws of member states say one thing, and the EU laws another thing, we must obey the EU laws. National laws must give way for the EU chief guardianship. From the proposed EU Constitution it can be seen that there are many items to be held in common among member states. Here is a list: Constitution, common legislating organs, common organs for executive authorities, a common supreme court, a common flag, a common national anthem, a common citizenship, a common coinage, a common fiscal policy, a common central bank, a common economic policy, a common policy on customs, a common policy on fisheries, a common foreign and security policy and a common outer border. In the proposition for the new EU Constitution it says in Article I-33, that: "A European law shall be a legislative act of general application. It shall be binding in its entirety and directly applicable in all Member States." It is also worth noting, that when the EU Constitution was provisionally ratified, it was done in the Brussels premises where there is a statue of the pope making the papal sign, stretching out his hand and in a way blessing the EU-Constitution. He is wearing his triple crown, signifying (they believe) that he is the ruler of the Earth, the regions under the ground and above the planet.

In this connection, it is also interesting to note, that just as Catholics, who have top positions in this system, run the European Union, so do these leaders control the EU army. The EU is the papal rostrum, and the EU army is at the papacy's steps… Just like Libya and Ethiopia in the old days were at Babylon's steps, it looks as if the armed forces (the EU army, the U.N. and such like) will be at the papacy's steps in the end of time (Daniel 11:43). disarmed. The fighting forces of individual nations are being reduced, and are transferring much of their weaponry to international entities, such as the EU, the U.N. and the African Union. The armed forces are being put under their control and command. The EU, NATO and the EU army are today in the process of establishing a Catholic-influenced international military control. It is also stated in the new EU Constitution, in Article I-16, that the Union is to work towards an ever increasingly common defence policy and a common defence. Here you have the text of the article I-16: "1. The Union's competence in matters of common foreign and security policy shall cover all areas of foreign policy and all questions relating to the Union's security, including the progressive framing of a common defence policy that might lead to a common defence. 2. Member States shall actively and unreservedly support the Union's common foreign and security policy in a spirit of loyalty and mutual solidarity and shall comply with the Union's action in this area. They shall refrain from action contrary to the Union's interests or likely to impair its effectiveness." Therefore should each land in Europe decide, whether their armed forces (soldiers, skills and weaponry) are to be included in the EU army. The EU army is one of the means, which the Catholics are employing to regain power in Europe. 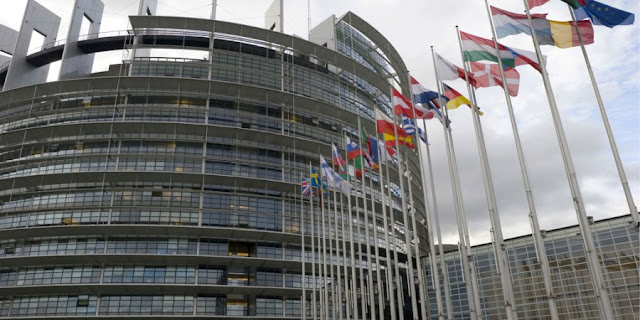 We have seen the development in the European Union. They will first link Europe together in the economical domain. The next step is to tie Europe together politically, with common politics and laws. The last step, which is likely the most important one for the Catholic system, is to bind Europe together religiously, with common doctrines. Are you surprised that the formerly independent nations, now linked to the European Union, must gradually give up their sovereignty and come under Catholic government authority? The countries that are linked to the United Nations must also give up their sovereignty by following the international laws of this world power. The same will happen to the countries of Africa, which join the African Union. This is how the countries of the world are being linked together. The Bible's end-time prophecies tell us that the world powers will unite just before Jesus Christ, the Saviour of the world, comes again. It is written: "And I saw three unclean spirits like frogs come out of the mouth of the dragon, and out of the mouth of the beast, and out of the mouth of the false prophet. For they are the spirits of devils, working miracles, which go forth unto the kings of the earth and of the whole world, to gather them to the battle of that great day of God Almighty" (Revelation 16:13-14). Are we not seeing the gradual fulfilment of this gathering today, in the economical, political, religious and military sectors? 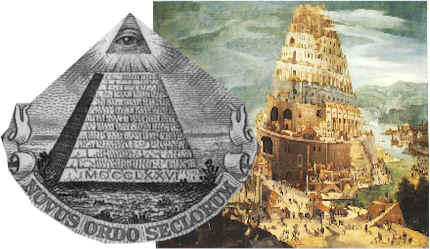 Will Not Respect the Law of God


The leaders of the EU draw up 10,000s of laws, without respecting God's law, such as we read it in Exodus, Chapter 20, verses 3-17. Nor does the Catholic Church, including the black Pope, Jesuit chief Peter Hans Kolvenbach, and the white Pope, Benedict XVI, respect God's Ten-Commandment Law. They will rather obey the commands in their own Catechism, which contains a forgery of God's ten-commandment law. Compare them yourself, and you will be astounded! - MORE...
Newer Posts Older Posts Home
Subscribe to: Posts ( Atom )