21st Century EXIT OF the ALBIONITES in EUROPA.

There are plenty of reasons to keep a close eye on Herman van Rompuy, the President of the European Council. Early September, Van Rompuy spoke to the 'Interreligious Dialogue' in Florence. The world press did not notice, but fortunately there was still the 'Katholiek Nieuwsblad' from Den Bosch, Rome's last resort in the Netherlands. The newspaper proudly quoted Van Rompuy as announcing: 'We are all Jesuits'. He was referring to those prominent European leaders with whom he is developing the architecture for the future Europe. 'It creates unbreakable ties. So there is a 'Jesuits International''. 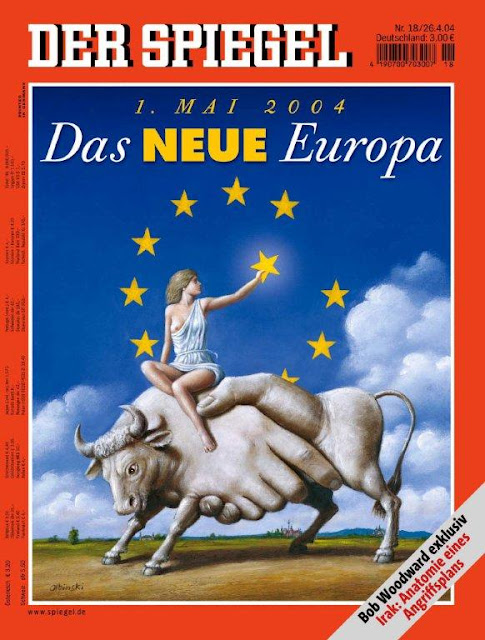 Who are those people that Van Rompuy, himself schooled by the Jesuits at Sint-Jan Berchman College in Brussels, was talking about? First of all, there is José Manuel Barroso, President of the European Commission. Secondly, there is Jean-Claude Juncker, Prime minister of Luxembourg and Chairman of the Euro group. Van Rompuy also mentions the President of the European Central Bank (ECB), Mario Draghi, who was schooled in the Roman Jesuit College Instituto Massimiliano Massimo. The Italian Prime Minister Mario Monti and his Spanish collegue Mariano Rajoy have also been shaped by Jesuit colleges, Van Rompuy cheerfully added. Fortunately there is Angela Merkel, the stubborn daughter of a vicar from the former DDR, to act as a counterweight.

Listening to Van Rompuy, you will instantly notice the similarities of the Jesuits with Europe. Jesuits formed the vanguard of the Catholic Church, like the European elite is the vanguard of the European integration. Both portray themselves as 'the elite', elevated above the ordinary people. Their methods are very similar. A sophisticated lie or purposeful deception is allowed when framed in the interest of the greater goal. A barely contained cynicism typifies the attitude toward the normal citizen, the ignorant fool, who within a democracy needs to be protected from himself. The Catholic and European elites work through inner circles. The rest is prose. Van Rompuy, Barroso, Monti and Rajoy are frequent visitors at papal audiences. 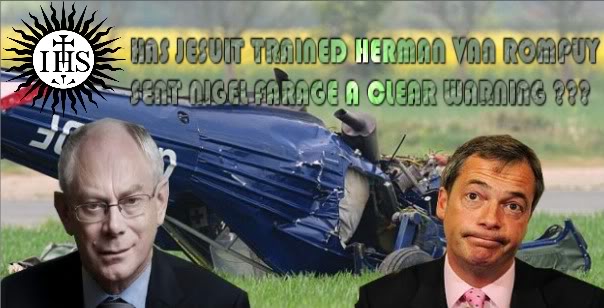 It is not surprising that this mentality leaves traces in the European structures and working methods. The ECB has a Governing Council of twenty three members, among which are the six members of the Executive Board. The ECB setup is hardly different from the Vatican. The Governing Council ranks no women, is not accountable to a Parliament and the minutes of its meetings are classified. The American Federal Reserve Bank and the Bank of Japan have to publish the minutes from their board meetings. The ECB plays a central role in the Euro zone, moving around billions of Euros, but no one knows how the bank in Frankfurt makes decisions. At least the Pope had a butler exposing the secrets.

Admittedly, Euro Jesuits are intellectually superior. They are way smarter than Guy Verhofstadt, leader of the Liberal fraction in the European Parliament and his Green counterpart Daniel Cohn-Bendit. In their book ‘For Europe!’ they scream their goals at the top of their lungs: a federal Europe with one government, one European tax and one army. The only thing that is missing is one secret service and one leader, so Europe is back to where it started. Put this to a referendum and the ‘United States of Europe’ is limited to Italy and Belgium.

Even sillier is the ‘final report’ of a handful of Ministers of Foreign Affairs on the future of Europe. The report is signed by eleven out of the twenty seven Member States; a minority, among them the Netherlands. The usual suspect, the UK, did not sign and neither did Sweden or Finland. Of the new Member States, only Poland signed. The conclusion of the group: ‘The Euro is the most powerful symbol of European integration’. The many rescue operations and emergency funds are conveniently ignored. Some amongst the eleven Ministers (it is not clear which ones) argue in favour of a European army. Such an army will undoubtedly be a paper tiger, because the armies of the Euro countries are shrinking rapidly as a result of the crisis. Surprisingly, Greece spends the most on its military per capita! Yet Greece did not sign. In short, these eleven ministers, like a disoriented soccer team, excel at scoring in their own net.

That is something that would never happen to the Euro Jesuits. Their report ‘Toward a genuine Economic and Monetary Union’ only consists of ‘building blocks’ and ‘suggestions’.  The report suggests implementing a European deposit guarantee scheme. Nothing dramatic of course, it is just a suggestion. In a painless exercise of words citizens are moulded into a thinking process that goes beyond them. As soon as they realise what building those building blocks are meant to create, they are already trapped in it. What used to be suggestions will be fait accompli and those who object are labelled as unreasonable and fractious, as populists.

Meanwhile, the never elected Prime Minister Monti has announced that he will start a European campaign against ‘populism’. Van Rompuy, also never elected, immediately gave him his support. Monti had earlier stated that national parliaments should not get in the way of European leaders, thereby referring to the German Bundestag. They have to be ‘educated’. Jesuits lead the people, who are in turn supposed to follow. What is populism to them? It is the ‘ignorent’ who refuses to follow: the angry Greeks, the protesting Spaniards, the concerned Germans and the Euro-critical Dutch. A Europe with such an elitist mentality needs a Reformation, but that is something Jesuits International detests. What an annoying populist he was, that Martin Luther! - Source:http://www.djeppink.eu/en/blog/we-are-all-jesuits

But what does this mean for globalism, the ideology beloved of cultural elites, banks, the media, academics, and Silicon Valley, that is currently under siege from Trump in the U.S, Brexiters in the U.K, and populists on the continent?

Firstly, it’s a total rebuke to the normal tactics used by media and cultural elites to crush popular uprisings. They must really be panicking. How could so many people not do what the media and their political leaders told them to do?  Could it be that branding voters you don’t like racist, bigoted, or “low-information” simply doesn’t work anymore?

For years, global elites and their allies in the commentariat have tried to brand their opponents as kooks, conspiracy theorists and, failing that, as racists, sexists homophobes and so on. But it’s not working any more. In both the U.S. and Europe, such tactics are now likely to backfire, driving more support to populists.

Trump, of course, is the American version of Brexit. Little wonder that he both predicted a leave vote and, unlike Obama, praised it when it actually happened. Like Trump, every single naysayer spouts doom and gloom about Brexit, but both will be long-term boons for their nations. (Despite all the fearmongering prior to the vote, Obama has now rushed to reaffirm America’s alliance with Britain.)

Another tactic deployed by globalists has been to insist that they know their numbers (strange, seeing as the E.U. is economically haemophiliac and the Great Recession happened on their watch). Throughout the referendum campaign, they repeatedly told voters that voting leave would herald economic catastrophe. The currency would collapse! The housing market would collapse! The world would implode!

These arguments were foolish for several reasons. Firstly, everyone in Britain outside of the super-wealthy wants the housing market to crash — it’ll mean lower rents and lower house prices for ordinary people. Yet another sign of how out-of-touch the defenders of Remain were." - Extracted from Brexit: Why The Globalists Lost - Read the whole article HERE.

"The Christian faith should make us more concerned about the health of our nation than we otherwise would be. Paul tells Timothy,

First of all, then, I urge that supplications, prayers, intercessions, and thanksgivings be made for all people, for kings and all who are in high positions, that we may lead a peaceful and quiet life, godly and dignified in every way. (1 Tim. 2:1, 2)

In the same letter, Paul points out that God’s law has been laid down not only for believers but for everyone (1 Tim. 1:8–10), which means Christians ought to know what will work best for whole societies.

We should, therefore, have more to say about politics, economics, and international relations than narrow reflections on how those things might affect the work of the gospel (as important as that question is). It’s a mistake to isolate ourselves through pietism, which is defined by Tim Keller in his book Center Church as a focus “on the inner individual experience [that] does not expect or ask how the experience of salvation will change the way we use our money, do our work, create our art, pursue our education, etc.” In pietistic Christianity, “personal salvation is offered without much thought as to how Christianity substantially changes a people’s attitude toward power and powerlessness, art and commerce, cultural ritual and symbolism.” No doubt many British Christians in recent weeks have wanted to crawl under a rock to escape all discussion of the pros and cons of Brexit, but ultimately it’s right to engage as broadly as possible in the disussion." - Extracted from Hope After Brexit, June 24, 2016. READ the whole article HERE.
Newer Posts Older Posts Home
Subscribe to: Posts ( Atom )